2017 was a year we are unlikely to forget anytime soon. Donald Trump officially started his presidency on January 20 and his, often controversial, viewpoints and policies will create reverberations that will likely impact the world at large for decades to come. In October, sexual harassment allegations against film mogul Harvey Weinstein came to light and the public outcry which followed in the wake of this event is now considered a landmark moment in the global battle against sexual misconduct.

This list could go on for quite a while, as it was truly a momentous year, but it also contains one rather unlikely contender which could end up being significantly more relevant and impactful than most would have been able to predict. We are referring to how the term blockchain has entered the public consciousness and how it could have a profound and earth-shattering effect on the Internet as a whole, but particularly on social networks and social media content marketing.

In this text, we’ll try to provide a layman’s guide to help you end up with at least a basic understanding of what people mean when they use expressions such as “blockchain internet” and then we’ll also try to explain the potential ramifications this technology could have on one ubiquitous aspect of modern-day lifestyle – social networking.

First things first, we need to go over the basics of what has become one of the biggest buzzwords on the Internet at the moment. Blockchain is a technology designed to make data secure and tamper-proof. Physicists Scott Stornetta and Stuart Haber came up with it way back in 1991, as a way to timestamp digital documents and make them immutable and impossible to backdate. The technology flew under the radar and remained largely unused until 2008 when “Satoshi Nakamoto”, the alias used by the creator(s) of bitcoin, repurposed it as the backbone of what would become the world’s first cryptocurrency the following year.

In its current form, a blockchain is a constantly updating list of records, or a ledger, that records all transactions that have taken place. What truly sets it apart is the fact that it is completely decentralized – there is no central server to control it or a single authority to oversee it. Instead, it is distributed among all users and managed by them via a peer-to-peer network. The process is protected by cryptography and requires a lot of computing power to run – that is why users, known as “miners”, are incentivized to contribute their computers’ processing power by receiving small quantities of cryptocurrency.

Its advocates claim it provides a greater degree of security and privacy than current mainstream security measures – due to its decentralized nature, any successful attempt at tampering with the records would require the culprit to control 51% of all computers on the network, a feat which is, for all intents and purposes, impossible to pull off in practice.

While blockchain as we know it has been around for a decade, the reason it shot to prominence in recent times is the fact that the general public has only now caught on to its many other possible applications. Banking, medical records, and land registers are just some of the options major companies and governments are currently exploring. However, what interests us the most is the effect it could have on social media marketing.

Unsurprisingly, people spend a lot of time on social media. One study found that certain teenagers check their social media feeds up to 100 times per day. Consequently, it’s no surprise advertisers have caught wind of this and turned it into a major business. Platforms such as Facebook, Twitter, or Instagram have become corporate behemoths thanks to ad-based revenue. However, this did not come without its fair share of problems and it is precisely these matters that blockchain could help solve if the predictions of its proponents come true. Three such issues stand out: 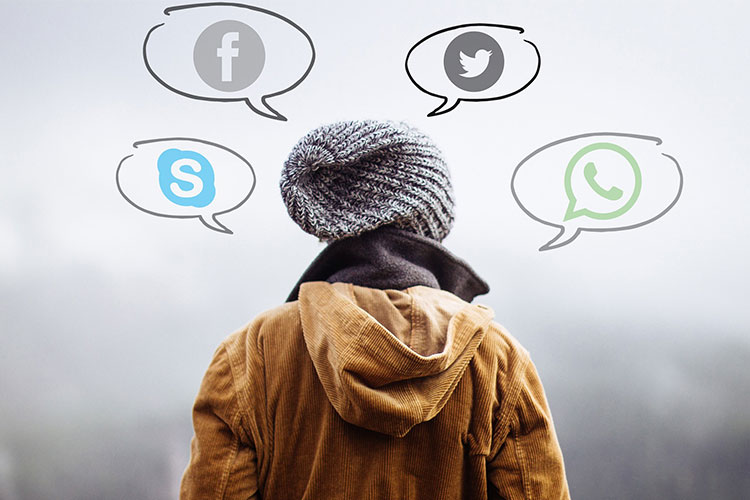 Whenever you market a product, you want the biggest possible number of people to hear about it. Social media marketing is no different in this regard, but it does come with one inherent flaw – its ease of access has made it susceptible to scams. Fake profiles and bots exist for the very purpose of cheating money out of advertisers and pay-per-click ads. However, a blockchain social network could provide business owners with the opportunity to market their products exclusively to actual potential customers because users would be incentivized (again, through cryptocurrency) to root out fraudulent profiles.

In a similar vein to verifying users, blockchain social media could also be used to combat duplicitous content and ensure authenticity. The expression fake news gets thrown around a lot these days and while it can be used as a catchphrase to dismiss any piece of info which doesn’t suit a particular point of view, the problem it underscores is very real. For all their faults, most news companies at least try, with varying degrees of success, to back up their claims with credible sources and act as a filter for content before it reaches their viewers/listeners. Unfortunately, no such barrier exists for social media. It is no mere coincidence that the rise of social media in the form we know today has coincided with the upsurge of fake news.

Once again, properly incentivized users would rate content correctly and provide the option to block it if it turns out to be deceitful – a possibility enticing to users and advertisers alike. 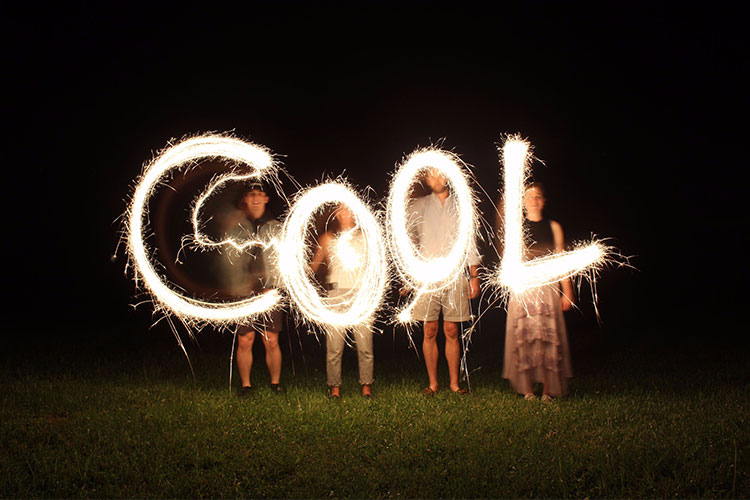 There is money in content creation, but it requires a third party to act as an intermediary. If blockchain takes root, it would open up the possibility of using cryptocurrency for social media. This would allow users to directly reward the contributors they enjoy while cutting out ad revenue and the middlemen who would look to influence these trends to their benefit.

To wrap up, it is important to point out that these trends are still in their nascent phase and you should hold off on deleting your Facebook account, at least for now. Still, nobody could have imagined a decade ago how important social media would be now and important changes tend to creep up on us unnoticed until they suddenly become commonplace. If these trends do continue, social media marketing will need to adapt. This means that either the existing social media platforms will adapt as well or they will be replaced by new, blockchain-enabled alternatives. Either way, there is great value in being an early adopter of a major trend and we should all try to learn as much as we can about blockchain before it leaves us in the dust.