Ambition has been getting a lot of stick for quite a long time. Look at some of the most popular works of fiction, particularly movies and television, and you’ll find a bunch of overly ambitious characters willing to destroy other people’s lives just to achieve their goals. They’re always the baddies who get their comeuppance in the end and only the luckiest among them get a chance to repent for their mistakes.

This predominantly negative perception of ambition has been there throughout history, largely due to its association with ruthless tyrants and their perpetual struggle for dominance. Baruch Spinoza described ambition as “the immoderate desire for power,” whereas Oscar Wilde dubbed it “the last refuge of the failure.” It was seen as a luxury only the rich and the privileged could treat themselves to. 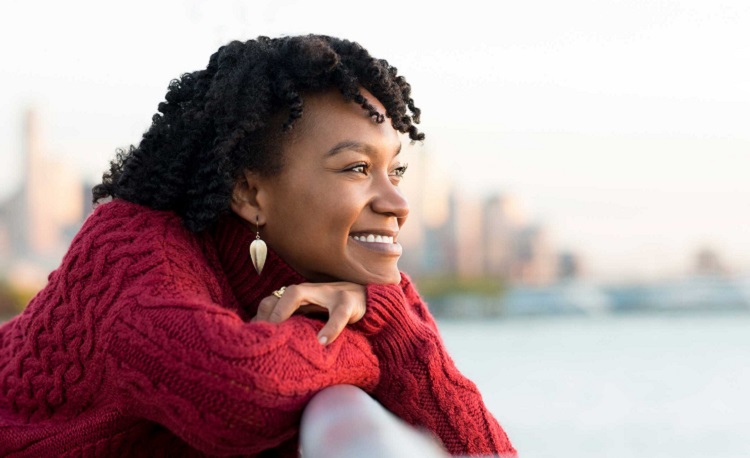 Ambition Is The Fuel That Keeps Us Going

In a climate where ambition is seen as an unforgivable flaw rather than a positive personal trait, we’re excused for having lost sight of its basic meaning. Dictionaries define ambition as a desire to accomplish something and determination to work hard to get there. It’s a goal we strive to achieve. It gives us a sense of purpose and guides us through all the ups and downs of our daily lives.

There’s a lot of ambition in every one of us. Those short-term and long-term goals that make enduring through all the hardships worthwhile in the end. These goals can range from putting food on the table to achieving success in your line of work to pretty much conquering the world! Not even the sky is the limit. Felix Baumgartner’s unprecedented space jump proved this only a few years ago.

Many successful – and rather affluent – people will tell you that without a clearly defined goal and a lot of hard work they wouldn’t be where they are now. It’s important to set your sights on something you want to accomplish and keep moving forward towards that aim. There will be times when you’ll want to give up, but that’s the easiest thing to do. Success never comes without a great deal of perseverance.

It was the peerless surrealist Salvador Dalí who said that “intelligence without ambition is a bird without wings.” Imagine all the wonderful things you can achieve when you pair your talent and creativity with strong aspirations. None of us are born successful, but we are all potentially destined for greatness. Follow the examples set by other ambitious people and begin turning your dreams into reality. 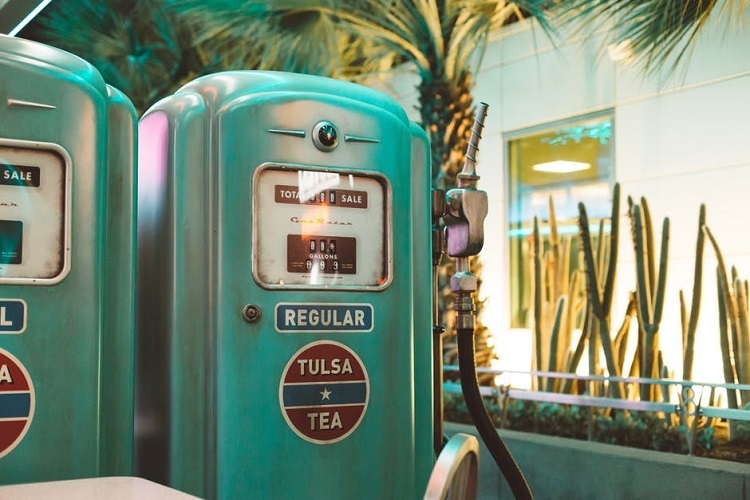 Stop Thinking About Doing Things and Start Doing Them

Creative work involves a lot of thinking, so it’s no wonder that every now and then we find ourselves overthinking things that should be simple as ABC. We plan things thoroughly, obsessing over tiniest of details, but when it’s time to take action we freeze. Whether it’s fear or lack of ability to sort out our thoughts that’s stopping us, it’s crucial to learn how to overcome these obstacles.

Approaching each task head on is vital to success. Whenever there’s something you want or have to do, start doing it immediately. It’s always useful to jot down your initial ideas and do a rough sketch of your expectations. However, the more time you spend planning, the less time you’ll have left to actually do what you’re supposed to.

We often tend to regret things we wish we had done but for one reason or another have yet to do. There’s that novel you’ve wanted to write since your teens or that foreign language you were eager to learn but you “never had the time.” Well, make the time – thirty minutes a day doesn’t seem like much, yet it’s more than enough time to get you started. With every passing day, you’ll be one step closer to the finish line and soon you’ll be able to joyously cross that item off your ever-expanding to-do list. 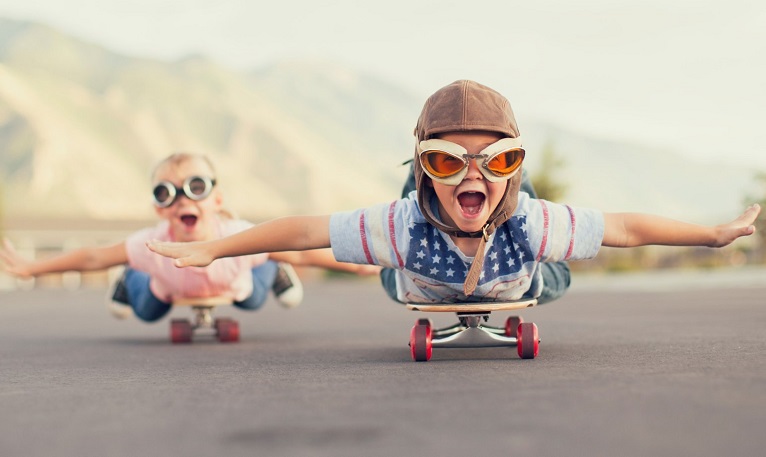 Getting an Early Start Will Make Your Day Better

It’s always the early bird that catches the worm, so you might want to consider becoming an early bird yourself. How you start your day can have a tremendous effect on how the rest of your day plays out. The last thing you want is to get up on the wrong side of the bed. Many successful people advocate getting an early start as a way to ensure you’re in the right state of mind throughout the day.

Each morning is a perfect opportunity to start anew. Get up an hour earlier than you normally do and use that time to be productive. It’s a great way to get your brain in the operational mode before all the usual daily distractions come your way. Everybody’s still asleep. There are no neighbors talking outside your window. Those copious business-related emails haven’t yet started flooding in.

Nearly three centuries ago, William Blake advised us to think in the morning and act in the noon. Remember that book you are working on or that foreign language you’ve just started learning? Take this hour to focus all your attention on them, as well as other things you enjoy doing. Sure, you may lose an hour of sleep, but you’ll also work up a positive attitude that will carry you through the rest of the day. 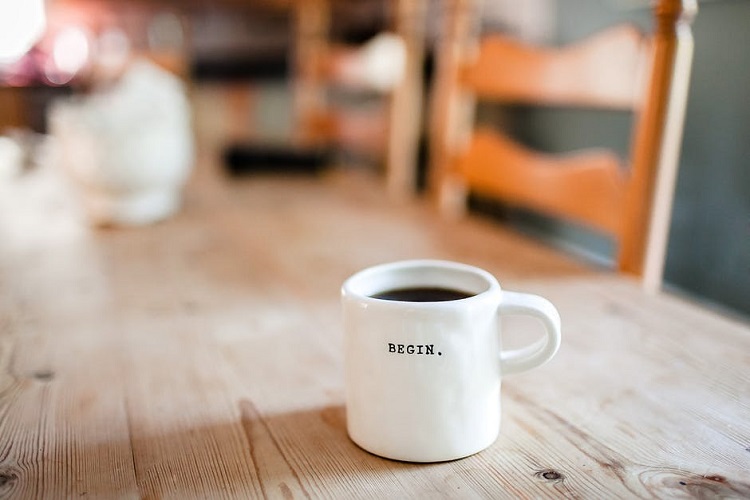 Establish a Daily Routine and Stick to It

Regularity is crucial to success. That’s why establishing a foolproof daily routine and sticking to it is a good thing to do. It’s not as monotonous as it sounds, though. It’s all about training your mind and body to get used to certain rituals and transform them into habits. Becoming an early bird is likely to be on the top of the list. Waking up early will be difficult at first, but do it for a few days and you’ll get used to the new rhythm.

William James, one of the forefathers of modern psychology, believed in the power of habit. He strongly advocated establishing a schedule where every day you would do the same thing at the same time. James argued that making some common aspects of our daily lives habitual and automatic will give our minds the freedom to concentrate on other creative, interesting, and ultimately beneficial endeavors.

This is particularly useful if you have a nine-to-five office job and only get to be creative in your time off. Scheduling a daily creative session – whether it’s creative writing, painting, drawing, or anything else that gives you joy and opens up your mind – can be very beneficial. If practice makes perfect and you practice every day, in a few year’s time you might be able to make a living out of what is right now only a hobby.

Draw a Line Between Work and Free Time

Freelancers and those working remotely know how seemingly impossible it is to differentiate between work and free time. But once you’ve become a morning person, developed a foolproof daily routine, and found a way to get those brain juices flowing the moment you start your day, you’ll find it much easier to organize your time. Once again, it’s regularity that plays a vital role here.

Distancing yourself from your working environment in your time off is equally important. Many creative types like to take a walk in the nature to cleanse their mind between two rounds of work. The natural setting and greenery stimulates their imagination. It also helps them regain focus and increase productivity once they return to work.

If you’re working in an office environment, or if your job relies on the use of various devices and gadgets, you should take at least a half-hour break and go as far away as you can from all the technology that’s embedded in your professional life. No computers, no tablets, no phones, and no internet – it’s just you and your thoughts. Whether you choose to read a book, write a diary, go for a run, or just walk and breathe some fresh air – having a little time to unwind every now and then is beneficial in many ways.

Turn Every Failure Into a Learning Experience

Not everything you do will result in success and that’s fine. People often make mistakes and there’s nothing unusual about that. Owning up to them, however, is a whole “nother can of worms”. As uncomfortable as it is, admitting to yourself and others that you’re wrong or that there are some things that you’re simply not cut out to do will make you a much stronger person.

Sometimes you’ll receive negative feedback from your clients or your boss. It can come when you least expect it to. Resorting to self-pity and sense of defeat is the worst thing you can do for yourself on those occasions. No matter how appealing the idea of taking the path of least resistance may be, you owe it to yourself to stay on track and not lose sight of your goal.

Analyze every piece of feedback you receive, be it positive or negative, and learn from it. Try to pinpoint where things may have gone wrong. Find the ways to rectify mistakes and to not repeat the same mistakes in the future. People value those who don’t take a negative comment to heart but instead treat it as an advice they can use to improve the quality of their work. This is self-improvement 101: trying to be as objective as you can in any situation and seeing each new day as an opportunity to learn something. 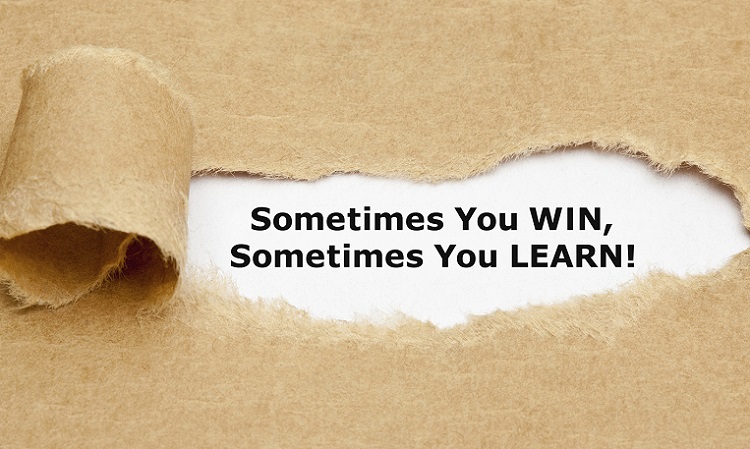 Your Work Is Never Really Done

If life is a never-ending learning experience, then everything you do is only a short stop on the way to your goal. Your hard work, dedication, and perseverance constitute a path that takes you to the next stop. But even when you accomplish what you’ve initially set out to do, you can’t coast on your success and expect it to sustain you for the rest of your life – neither emotionally, nor financially.

Look at any successful person that inspires you and you’ll recognize their constant struggle to one up themselves, to be even better at what they do, and to find new avenues to express their skills and creativity. Your work is never done, as there willl always be something else left to do. There’s a saying in the entertainment industry that you’re only as good as your latest project. The worst thing you can do once you achieve success is to settle for what you have and lose any ambition or aspiration to move forward.

Don’t worry, nobody has their entire lives figured out. Not even the seemingly flawless people whose footsteps we follow in. We live in an era of uncertainty, especially in financial terms. You may have it all today, but then lose it all tomorrow. Keeping your head up, standing strong in the face of hardships, and never losing sight of your goals, those are the three essential skills you must strive to acquire.